There is a federal plan to increase roadways throughout the United States over the next 6-12 months in order to help ease congestion. However, there may be issues when it comes to limestone production, as many facilities are not currently capable of increasing their production efforts without either upgrading or building anew. 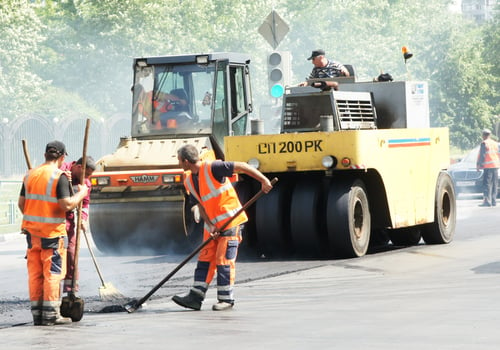 As 2016 rolls in, the New Year brings with it new federal agendas when it comes to the US highway infrastructure. Budgets are being increased state by state, according to their need for increased roadways in order to decrease highway congestion. This is often thought of as an issue, which primarily plagues larger cities. Although, highway congestion is now more than ever becoming an increasingly large issue for smaller towns, as well.

As longer distance commutes are on the rise and roadway maintenance has suffered a major hit over the last decade, the Federal Government has introduced new legislature that will see a burgeoning of raw material production from state to state to support this increase in road construction. The increased road construction in the coming year, however, brings with it apparent issues with limestone production.

The Mineral at the Epicenter

The mineral growth that will need to see the greatest increase is limestone production. Numerous mining and production companies across the nation, which offer limestone, are simply not prepared to handle the increase in demand once the road construction begins. In addition, their material handling facilities will need to be upgraded to meet this growing demand.

This endeavor is a process which should be started upon earlier rather than later. Once the boom begins, it will be too late for many in the limestone and dry material industry.

At the head of the new highway infrastructure plans is TIFIA, or the Transportation Infrastructure Finance and Innovation Act. This Act is one of the primary underpinnings, which herald the dawn of the changes to come.

Although TIFIA is a primary factor, along with new budget increases, states on their own are beginning to find new ways to implement road construction on their own. With this increased need in demand comes a need for increased supply.

Due to the high demands of mineral aggregates in the construction of these new roadways, the aggregate industry as a whole must adjust its limestone production strategies for these new nationwide demands. In order for the market leaders to remain ahead of the curve, viable solutions must be obtained.

These facilities have ranged from 150 to 4500 tons per hour, and every turnkey solution offered maintains the highest quality and most cutting edge technology in conveyors, drives, gear reducers, screens, pumps,electrical components and much more.

We are among the industry leaders in engineering, project management, manufacturing, and construction – and have been for more than 65 years.

In order to stay ahead of the increased road construction in the coming year; you need a full service engineering, design, steel fabrication, manufacturing and construction company. You need Industrial Resources.

If you want to work with Industrial Resources for your next project, visit the website to learn more or call today:  (304) 363-4100