Abby Hay, daughter of Industrial Resources Senior Project Manager, Tom Hay, recently competed at the U.S. Olympic Swim Trials at the CHI Health Center in Omaha, Nebraska. The atmosphere in the CHI Health Center was electric! There were light shows and hype music in the arena that made it seem like the NBA finals. 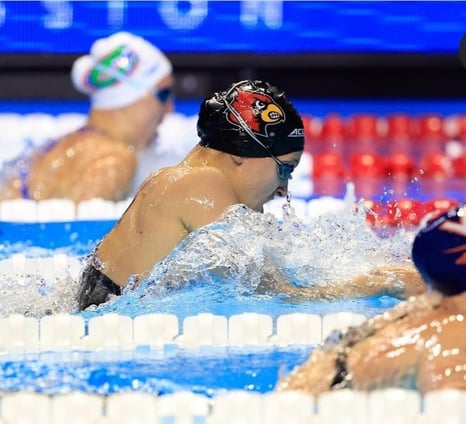 "It was one of my goals to (make a semifinal). I'm really pleased with it. I made the top sixteen in the country at one of the most stressful and pressure-filled meets in the world. So, I'll take that", Hay said. "I was elated to get to swim at night in the semifinals. It is a really amazing meet. I focused on swimming my best, having fun and enjoying the experience with my teammates."

Hay has three more years to swim on the University of Louisville team and has an eye on being back at the 2024 swim trials as an Olympic contender.